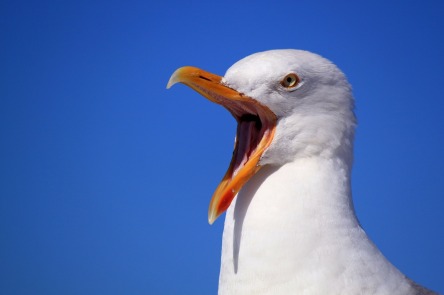 As a follow-up on “Why we don’t eat certain animals” where I lined out some reasons for an unjustified asymmetry in our treatment of animals, I decided to make a post on two publications showing psychological effects potentially involved in meat consumption such as denial of mental capacities of edible animals among meat-eaters.

Dr Steve Loughnan from the University of Melbourne and colleagues conducted a study [1] investigating the hypothesis that eating meat but at the same regarding animals as deserving ethical treatment results in cognitive dissonance. Their experiment tested and confirmed that people who recently ate meat are less likely to attribute a high moral status to animals.

The experiment included two groups of participants: One group ate beef and the other group ate nuts. Afterwards all participants were asked to complete a questionnaire on the moral treatment of animals and specifically cows. Their results demonstrated that people who were in the ‘meat-condition’ chose significantly fewer animals as deserving moral concern and also rated cows as deserving significantly less moral concern. While the ‘meat-condition’ did not make participants attribute fewer sensations to cows, it was observed that attributing a reduced moral status to cows correlated with attributing fewer sensations to them. They argue that this “dementalization” justifies the reduced moral status on a psychological level.

In follow-up studies [2], Loughnan and colleagues showed that animals which are generally considered appropriate to eat are rated as having “less mind” than those who are not. Furthermore, they found that meat-eaters attributed less mental capacity to animals upon being reminded that these animals suffer for meat production as compared to not being reminded of that fact. Finally, they confirmed the dissonance hypothesis previously mentioned by finding out that people who were told to think about meat-production tended to deny mind to edible animals: This was only the case for the group of participants previously told that they would eat meat afterwards – the control group ate an apple afterwards and no significant link was observed. This denial of mind could according to the authors be a psychological mechanism to deal with the dissonance caused by knowing about the conditions in meat-production but eating meat soon nevertheless.